What had begun as a straightforward quest to banish the Shapeshifter Witch and free the good wizard Calypso has become hideously strange. Only this morning I was eaten by an amphibian whose table manners were quite apalling.

As if that wasn’t a sufficiently inconvenient start to the day, within minutes I was leered at by a rock which refused flatly to say a word. At my wit’s end i consulted with a wise owl. In place of a clue he fed me a red herring. It was delicious but landed me in a pickle.

Rather than completing my noble quest I found myself settling an industrial dispute between a despotic Troll and a herd of militant goats.

My intuition began to tell me that there might be more to this magic forest than meets the eye. Later, I visited the fiery pit of Rondor (open weekdays and bank holidays 10-6) and considered it truly one of the finest of the thousands of sights man or Swampling could ever behold in this queer land.

Sightseeing over, I am determined that tomorrow nothing shall distract me from ending my quest and fulfilling my sacred destiny (weather permitting).

SIMON THE SORCERER I COVER

SIMON THE SORCERER I SCREENSHOTS 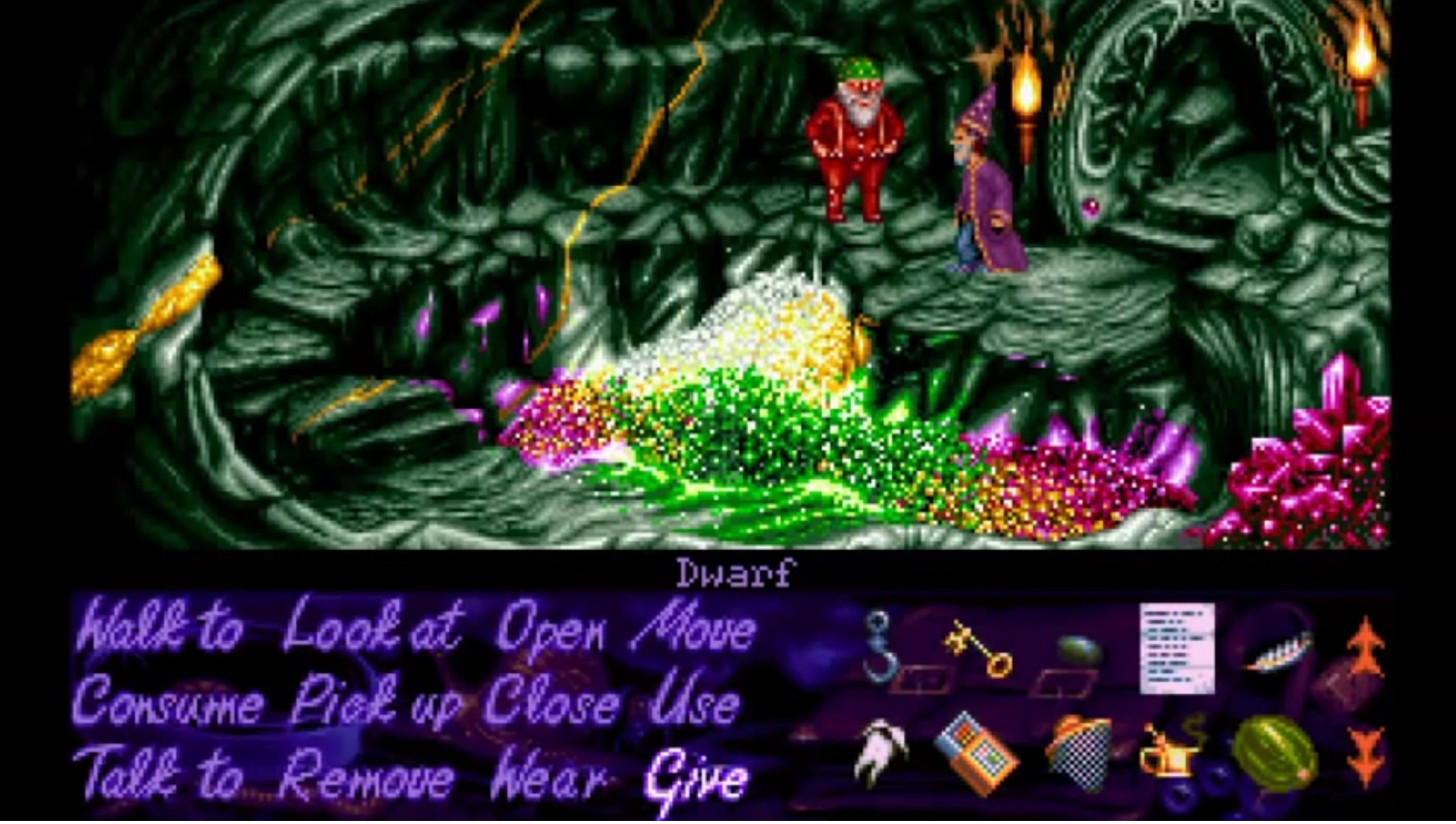