What Is Eve Online?

EVE is a massive multiplayer online game (MMOG) set in a science-fiction based, persistent world. Players take the role of spaceship pilots seeking fame, fortune, and adventure in a huge, complex, exciting, and sometimes hostile galaxy.

The following story covers one of most beautifully executed in-game scams in a MMORPG ever pulled. It breaks all previous world records for ‘virtual crime’.

In Eve Online, developers try to give their players as much freedom as possible, politics and espionage have become a part of the game.

The perpetrator of the heist was the Guiding Hand Social Club (GHSC) corporation (a corporation being similar to a clan in Eve); a freelance mercenary outfit who offers their services (which usually involves corp infiltration, theft and assassination) to the highest bidder. Over a year in planning, the GHSC infilitrated their target’s corporation with their own members and gained their trust, as well as access to the corp hangers. It all concluded in a perfectly timed climax, with a massive theft in multiple corp hangars synchronised with the in-game killing of the corporation’s CEO, the primary target of the contract.

What’s most interesting and impressive about this operation is that it was entirely ‘legal’ and within the game’s own rules, and the mastermind and his agents pulled it off together flawlessly, all the while staying in character. The estimated real-life value of the items stolen is, according to PC Gamer, $16,500 US. The in-game value of course is much, much higher as the things stolen would take years and years to aquire.

The following article was published in September 2005 PC Gamer and is a really good read. It goes into great detail about the scam and all involved. Here are the scans: 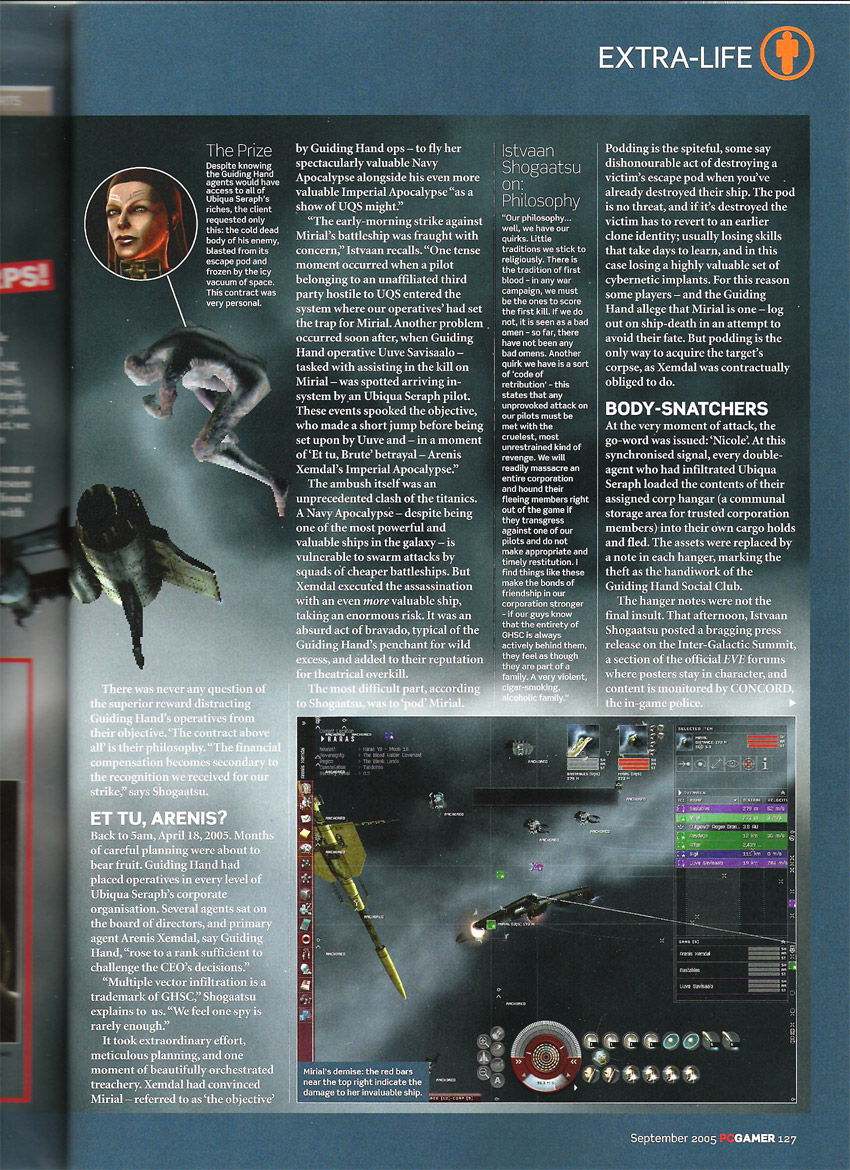