I just learned this by reading up on it a bit today. Prestige is xp given to you in your base xp for dungeoneering. It is kind of tricky to understand at first but this is what I grasped off it.

Prestige is an xp given to you per floor you are doing. If you have done that floor already you will not get prestige xp the next time you do that floor, so you get his xp only once. The more floors you do the higher the xp will be given per floor done (not per higher floor number, its total floors.) It was set up this way so people didn’t grind the same floor over and over for XP.

Method of getting max prestige xp. Start at floor one and work your way through the floors. You will get prestige xp per floor done. Upon reaching the highest numbered floor you can do (example lvl 6) go back out and using your ring reset it(you won’t lose floors unlocked or complexity.) Upon reseting go to floor one and work your way down again. This way you will get max xp from prestige and your base xp. This means more xp for ya.

I hope this helps some. And if you have any questions i’ll try to answer them.

What you (basically) need:

Zaff’s Staff shop (Varrock Diaries)
A certain number can be bought from Zaff for 7k each, depending how much of the Varrock Diaries you’ve completed, a maximum of 64 each day wearing Varrock armour 3, resetting at 1am BST

Baba Yaga’s shop (Lunar Diplomacy)
Baba Yaga on Lunar Isle also has a few battlestaffs for sale, but check as you buy them as they start at 7k but rapidly increase in price. Remember your seal of passage!

Mage Training Arena (Decent magic level)
A time consuming way of getting them, but is cheaper than buying on GE while training up magic. Battlestaffs cost 1 Telekinetic, 2 Alchemy, 20 Enchantment and 2 Graveyard pizazz points.

GE/RSOF
The Grand Exchange is a most convenient place to buy everything, but battlestaffs have a limit of 100 every 4 hours, if you are constantly crafting them you should try looking over the forums for people selling bulk amounts.

Bert’s daily sand (Hand in the Sand)
You can get 84 sand a day from Bert in Yanille, resetting every 24 hours. They are delivered straight to your bank.

Zanaris sandpit (Lost City)/Yanille sandpit
The sandpit in Zanaris is the closest to a bank but not often used because of the random events in Zanaris which can slow you down. Many people prefer using the one in yanille. A way of gathering sand very quickly is to move you house to Yanille, get some house teleports and dueling rings. Teleport to your house, go out and fill up your buckets. Use a BoB too if you like. Once filled, teleport to Castle Wars to bank.

GE
Buckets of sand at the Grand Exchange has a limit of 10k every 4 hours.

Arhein’s daily seaweed
You can buy 80 (noted) seaweed from Arhein in Catherby for 2gp each, he only restocks 24 hours after you have bought the last of the seaweed.

Piscatoris seaweed nets (Swan Song)
There are 2 nets that catch seaweed at the north-east corner of Piscatoris that respawn fairly quickly and is close to the bank.

Entrana
The best alternative for quest noobs people that can’t get into Piscatoris, because now there’s a deposit box at the Port Sarim docks! There are 8 spawn points at the North-west end of the island. No armour/weapons are allowed on Entrana, it’s easier just to wear wight-reducing items so you can run longer.
*Note that I haven’t actually tried this since the deposit box, so I don’t know if weight reducing items are needed*

GE
Seaweed at the Grand Exchange has a limit of 10k every 4 hours.

Either buy them or craft them yourself. The Grand Exchange has a limit of 25k runes every 4 hours.

Firstly, make sure you are on the Lunar spellbook. Grab an air staff, fire and astral runes for however many casts of Superglass Make you want. Withdraw 13 buckets of and and seaweed and cast. This gives you 130 crafting exp and 78 magic exp per inventory. the buckets will be destroyed but you will get an extra 0-10 molten glass per inventory (about 33% overall).

Craft the glass into unpowered orbs with a glassblowing pipe (spawn at Entrana),giving 52.5 exp per orb.

Then switch back to normal magic to enchant the orbs. Start at Edgeville. Equip an air staff, a charged glory and some light armour. Bring and 27 unpowered orbs and 81 cosmic runes (3x cosmics for each orb). Run to the air obelisk through Edgeville Dungeon and enchant.
*The air obelisk is in the wilderness, so watch out for revanants that may climb up the ladder.*
When finished, use your glory to teleport back to Edgeville. Using BoBs is recommended to charge more than 27 per glory charge, especially if you only have a few.

Then just attach the powered orbs onto the battlestaffs for epic amounts of experience. =)
You can either sell or alch the finished staves. 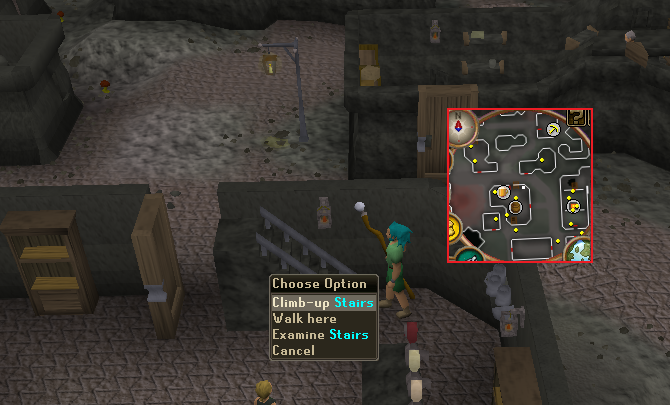 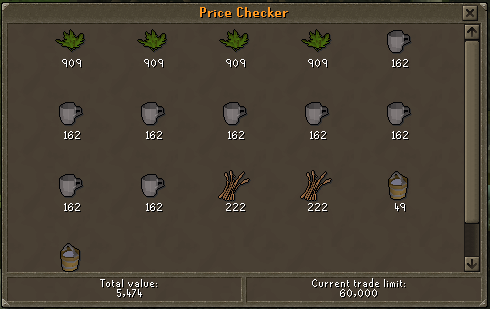